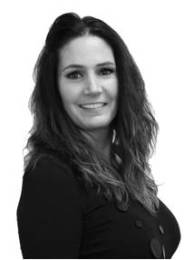 Hello and thanks for dropping by!

I was born in the seaside town of Kirkcaldy and raised a stone throw from the East Coast of Central Scotland. Aside from art, I have always been fascinated by the strange and the paranormal so you can expect a good measure of mystique, magic and mystery in this space. Anything otherworldly sparks my imagination and draws my curiosity.  Lucky for me, the local history of where I grew up is steeped with gory stories of witchcraft and sorcery and so I have lots to draw from.

In October 2007, I emigrated from Scotland to Edmonton, Alberta in the prairies of Canada where I lived with my husband and cuddly black cat for six years until relocating to the West Coast of British Columbia in the summer of 2013.

Sadly, our beloved Sheba passed away in February 2019. I was heartbroken and it took me a long time to ‘adjust’, as I’m sure the cat lovers among you will understand. Sheba was the inspiration for this magical story and for a couple of years I could not bear the thought of continuing it without her.

Just over a year later, my husband and I rescued two beautiful boisterous cats in March 2020 who we named Lady Lola (black parlour panther) and Rascal Roxi (smokey grey) and the feline mischief in our house has returned. Having the energy of two young fur babies around me has also awakened the muse and I have once again picked up my pen for The Witches Familiar.

I hope you will join me on this magical adventure to save the Enchanted Forest.