Read from the beginning

I was still on high alert. My senses were tingling but, oddly, so were my feet. I felt the prickles of tiny electrical charges flowing up through my body. My muscles and limbs felt light and ready to launch a counter attack at any second should I need to. Time seemed to be slowing down. I was aware of so much around me with every second that passed. I held my position close to the ground and waited in agonizing silence until the first move came.

My nerves were beginning to unravel. I was aware of faces coming forward from the undergrowth, making their presence known. I could see them clearly now. The full pack was assembled and sat in a close ring around me. With a lightning quick sweep of my eyes, I estimated a dozen gleaming sets of fangs were easily within arm’s reach. They were already excited, unable to contain themselves, they fidgeted and jostled each other, yipping and yowling. My heart burned in my chest with fear.

Beyond the circle of fangs I noticed the shimmering orbs of light were assembled also. A wide variety of otherworldly faces took their places, keeping their distance and peering out from behind the safety of the trees. The twinkling glows from each of the elementals as they chattered excitedly seemed entirely wrong for the severity of the situation. The ethereal lighting created a surreal ambiance, that of a friendly gathering lit by fairy lights. In reality, I felt like an imprisoned Roman Gladiator forced to fight to the death for my freedom against a raging lion. Was that why I had been summoned here? I wondered. Was I no more than a spectacle of entertainment for the blood thirsty inhabitants of the Enchanted Forest?

What would it feel like to be torn apart by this savage pack? I prayed it would be quick. I was so scared; I almost choked as I tried to swallow my nerves. I tried to remain calm but realized I had been holding my breath with dread. My head was beginning to swim and I was feeling faint. I did not want to give up. I let out a long reluctant breath and gulped in some fresh air. If this was it … there really wasn’t much I could do about it.

I resolved to die fighting.

A dark silhouette skulked along the beaten track towards me. Its head hung low as it trotted purposefully. I kept my own head down, my bulging eyes felt like they were out on stalks. I did not want to commit my head in one direction or another for fear of leaving an ambush opportunity on my blind side. This was surely it. I held my breath again and waited.

The silhouette came to an abrupt halt in front of me. There was no mistaking what it was now. In any case, the smell had long since given it away. My eyes simply confirmed what I already knew. A large gnarly coyote stood only a few paces away. Way too close. My claws were out and at the ready.

My feet were now throbbing painfully.

The coyote was huge and dangerous looking, much larger than the others around me. He was the biggest coyote I’d ever seen. I was rooted to the spot in sheer terror. His fangs were easily the size of my head. His cold pale eyes bored right through me in a cruel stare. He moved with a disturbing and unpredictable gait. His dirty coat was straggly and he had many scars around his head and body. One of his ears was badly mangled. I had no doubt he had survived many horrific battles, he bore the hideous scars to prove it. He was a cold hearted killer and I feared I was about to become his next victim. 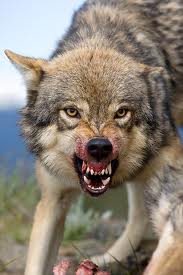 He regarded me ominously, his face and fur matted with the blood and rotten flesh of a dead creature. The stench of him was overpowering. I could barely breathe. Ludicrously, considering the peril I was in, my mind wondered fleetingly where the blood might have come from, a deer carcass perhaps. It must have been large, for there was so much blood. Whatever the poor creature had been, it had clearly been dead for a while. I tried to control myself and resisted the urge to gag.

“Well, look what the cat dragged in …” the coyote sneered sarcastically.

“Who dares enter the forest without an invitation on the very night of Esbat?”

Even from where I was crouched on the ground I could feel the heat of his rancid breath.

My ears pricked up at the mention of Esbat, a ceremony that is very familiar to me, I’ve always been an enthusiastic participant. All my previous Mistresses have indulged in this monthly observance where they honoured their Goddess of choice and gathered to perform magic, most often under the auspices of a full moon such as tonight. It is a time of much celebration and light. My spirits rose a little in hope at the thought that there might be a resident witch that would surely recognize my worth and take me into her protective patronage. If only I could get past this dreadful gatekeeper, this hound from hell.

Fresh from his apparent feeding frenzy, I could sense he was still agitated and was pacing around irritably. I didn’t think my heart could beater any harder, but it did.

“The Hags have already started their Moon ceremony and will not take kindly to an interruption.” He hissed.

And suddenly I did not like the sound of the Hags at all. I assumed the ceremony the coyote referred to was the beautiful and powerful Drawing Down the Moon rite where a High Priestess invokes the essence of the Goddess directly into her body and channels her words. This is normally a very uplifting and profound ritual, even to invited spectators. Whilst any self-respecting witch would naturally take steps to ensure they were undisturbed, they are quite often naked during their commune after all, there seemed to be a sinister undertone to the coyote’s words. It sounded like a veiled threat to me. All of the moon rituals that I’ve attended have been performed by good witches. They harness the enhanced magical power of full moons for the greater good as well as their own self-development. I had no idea what a Hag might be capable of.

The tension in the air was mounting. The coyote’s behaviour was clearly influencing the others; I received a few prods from behind from pointed noses and a few sharp nips to my hind quarters. They were goading me into action.

I refused to give them the satisfaction. I stood my ground, despite the excruciating pain in my feet. The pain had grown so bad now; it was starting to travel up my legs. I almost wailed in panic at the thought of being incapacitated, of not being able to defend myself or worse, not being able to run away. I drew my head even tighter into my shoulders, the last thing I wanted to do was to expose my neck or throat to them. I know how coyotes kill their prey. I had no intention of making it any easier for them.

The gnarly coyote moved towards me. He was still sneering. Foul smelling saliva dripped from his fangs as he sniffed me all over, openly savouring my scent.

“How about we take care of our little problem right now?”

I felt drops of saliva land on my lustrous fur and trickle down to the roots. He was drooling. Then suddenly he licked me from the left side of my face all the way past my shoulders and down my back, covering me in his stinking slime. Repulsed, my body convulsed sending rippling quivers up my spine, my stomach lurched in a protest of disgust. I felt violated and utterly sickened. My coat felt sticky and hot against my skin. Then I felt the pinch of his incisors nip the back of my head close to my neck.

It was all too much. I couldn’t take any more! It was at that point that I finally exploded releasing all of the pent up fury, rage and power I had.

But that’s also when the weird thing happened …

It was as if I was possessed by a demon. In an instant I was on my back. I knew I wouldn’t have time or the strength for a long battle. I was screaming like a banshee, my claws were flailing wildly; I was tearing out great chunks of his fur, drawing blood. I’d caught him completely off guard. He yelped in surprise and began snapping and snarling viciously.

I was directly under the coyote’s belly. His head was thrashing back and forth as he tried to get a hold of me. I had to time this just right. I’d only get one chance. My life depended on it. I couldn’t get a clear shot for the rapid movement of his head, and then suddenly the light colour of his throat unexpectedly came into view. He was exposed …

I was acting purely on instinct. I sunk both front sets of claws into his soft throat and held on, I bared my own fangs and bit down with all my might … the red mist descended and then … ZAP!!

What the hell just happened?

The huge coyote gave a blood curling scream and flew off me. It was as if he’d been yanked away suddenly by a powerful unseen force. I opened my eyes in time to see what looked like pale blue tendrils of dissipating smoke.

I was completely bewildered and stared incredulously at my hands, claws still clenched, tuffs of blood soaked fur lodged between my fingers. I couldn’t understand what had just happened although I couldn’t help but notice that my feet felt much better.

I spat the fur out from my mouth and wiped my tongue on my forearm. I scrambled up swiftly and braced myself for a second attack.